Electric vehicles are an important emerging technology that has the potential to reduce U.S. petroleum imports and improve energy security. These vehicles can be significantly more energy efficient than conventional petroleum-powered vehicles, but they currently comprise only about one percent of vehicle sales. One of the obstacles to the adoption of battery-electric vehicles (BEVs) is their limited driving range and the associated “range anxiety.” In order for consumers to use these vehicles for longer, inter-city trips, adequate charging infrastructure must be available. Effect deployment of this infrastructure requires that planners and policy makers know where to locate charging stations, when to install them, and how many chargers to allocate at each station in response to the changing BEV market.

Trip origin and destination (OD) pairs for inter-city travel demand were aggregated over 5,000 transportation Analysis Zones (TAZs) belonging to 482 municipalities and roughly 50 rural areas. Three hundred and eighty-nine (389) locations, with clusters of demand nodes and rest areas were selected as candidate charging stations. BEV demand between OD pairs was estimated for the base year based on light-duty vehicle demand and BEV market share. The base year estimate was then used to project demand for future years.

After the results of the base case scenario were generated. A sensitivity analysis was performed by varying assumptions about level of service, demand, flow, battery size, and range limitation costs. 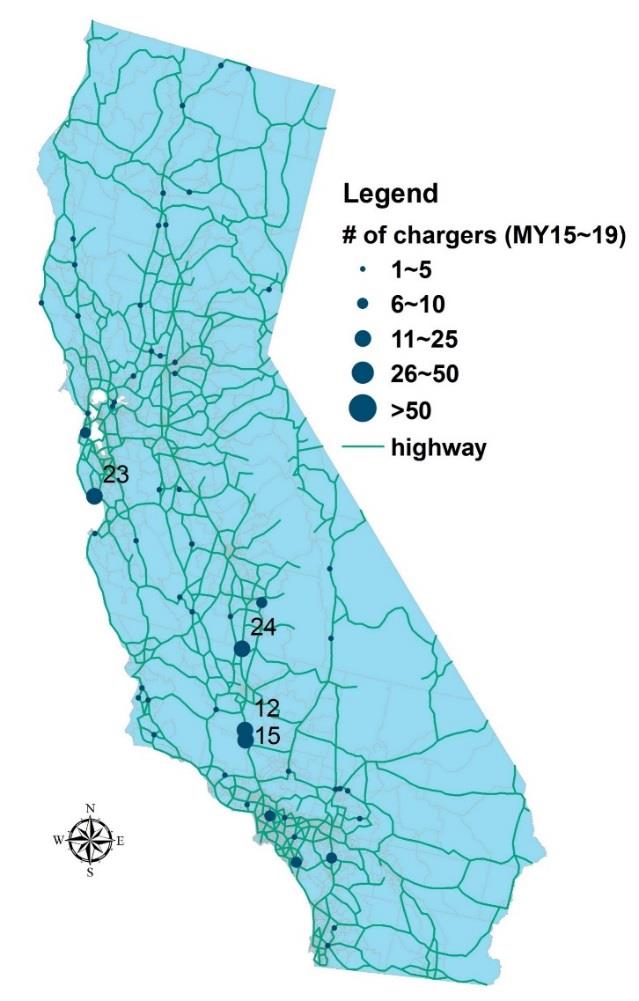 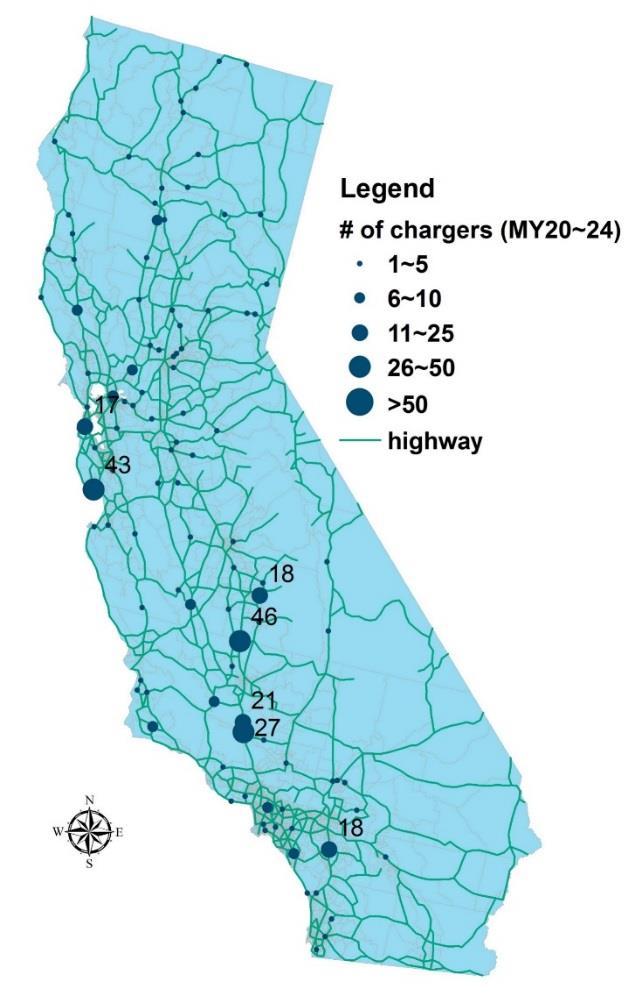 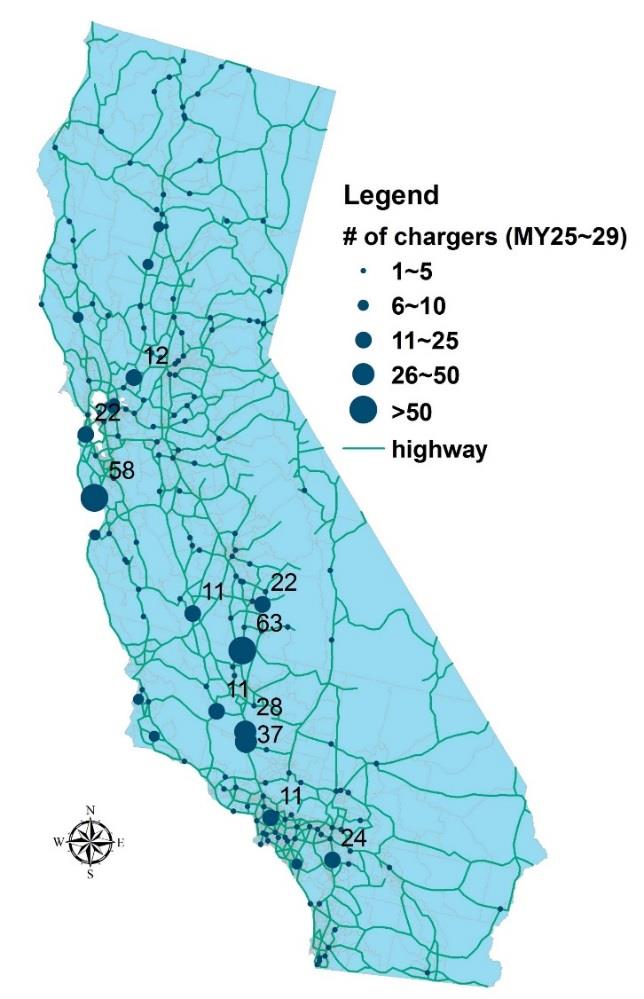 The sensitivity analysis indicates that the level of service assumption did not significantly change the number of locations but it did change the number of chargers per location. Regarding vehicle range, when range increases, the infrastructure requirement decreases in (1) average number of chargers per location, (2) number of stations, and (3) number of chargers. For most scenarios, it is economical to expand the charging infrastructure even when range limitation cost is reduced. Even though the range limitation cost can go as low as $5 per trip, the model suggests opening 500 chargers to cover about 70% of trips. The results indicate that it is worthwhile to invest in capital-intense inter-city public charging infrastructure.

California dominates today's BEV sales in the U.S., and its zero-emission vehicle (ZEV) action plan is expected to further increase BEV market share. Therefore, the systematic planning of inter-city BEV charging infrastructure is especially crucial to support growing demand. The study concludes that the inter-city charging infrastructure requirement for California will expand roughly three-fold between 2015 and 2029. The study also suggests that it would be economical system-wide to invest in intercity DCFC infrastructure.